Decline in the number of CHP plants and total electrical capacity

In 2017 the greatest number of CHP plants of the past ten years was recorded – 204 plants, however it has been declining gradually since 2018. Compared to 2020, in 2021 the number of CHP plants has reduced by 9 and accounts for 153 in total. Several plants discontinued their activity as no longer were granted a right to sell electricity within the framework of mandatory procurement.

Compared to 2020, in 2021 electrical capacity of CHP plants using renewables has dropped by 4.5 MW

In 2020 and 2021 similar amount of electricity produced from renewables

Highest amount of electricity produced in Riga, lowest in Kurzeme and Vidzeme 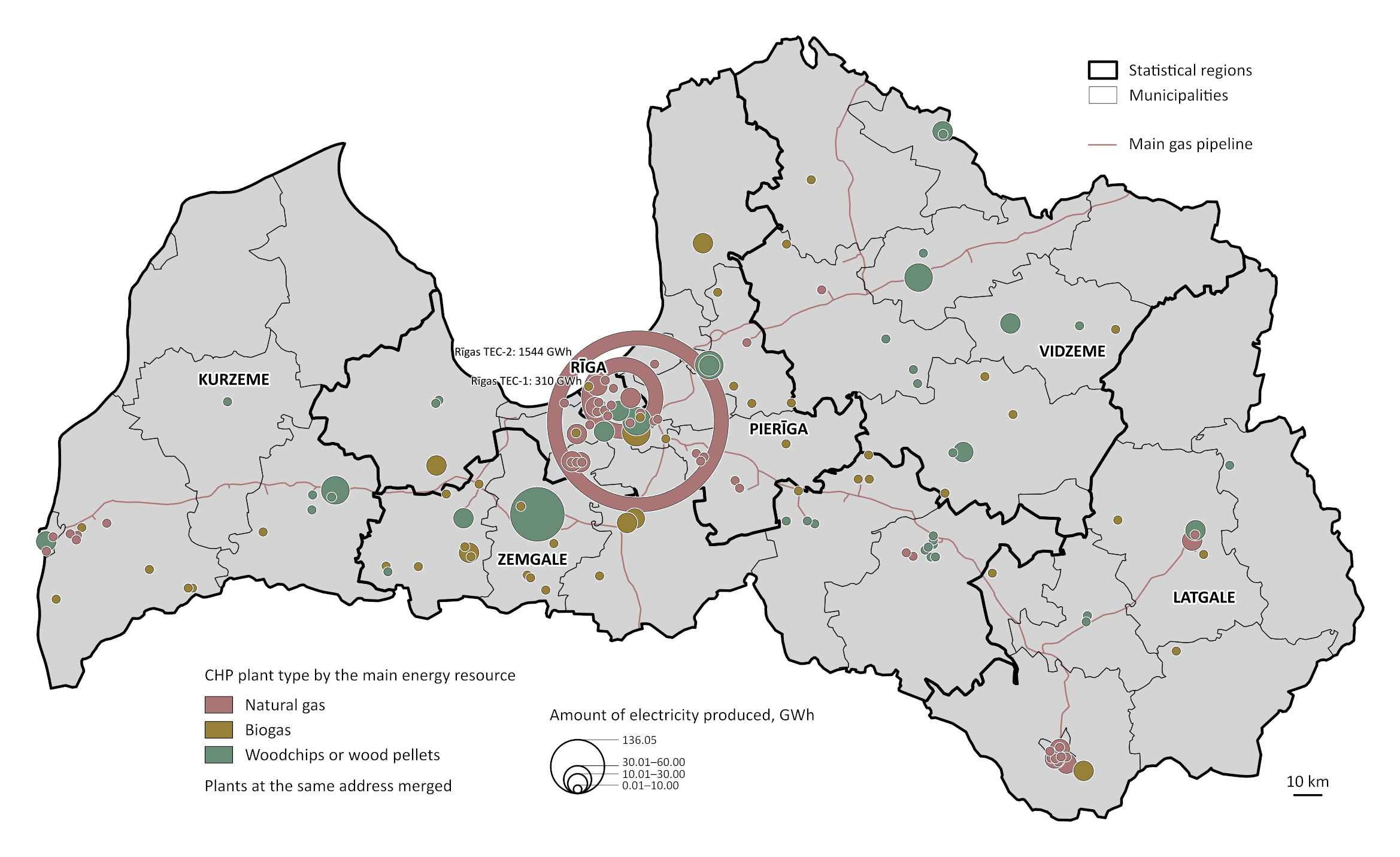 Information on activities of CHP plants will be published on 21 June in the Official statistics portal section Energy.

4 Autoproducer CHP plants are generating heat for their own production and technological use and partly for sale (all Divisions of NACE Rev. 2., except for Division 35).